Today, the third of the Sun Sword books is now avail­able in audio­book. The 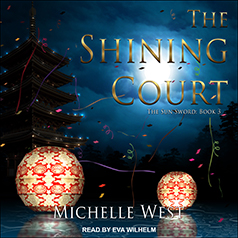 narrator is Eva Wilhelm — who thus far has narrated all of the West audiobooks.

November – and the latter half of October – were about dead­lines. Well, dead­line. I have finished the first Severn book, The Emper­or’s Wolves, and turned it in to Mira. (At this point, it will be sent to my editor, who will edit and ask for revi­sions that will add clarity to the book, because some­times (still), the things that are on the inside of my head have failed to reach the page.)