I seem to have misplaced April.

First: News. I have sold DAW Books the first four novels in the series that is now called The Burning Crown, but which I’ve called The End of Days arc for decades. I have no titles, but do have dead­lines — the first of which is July of 2020. That’s when it’s due to the publisher. It’s not a publi­ca­tion date >.<.

This is the last arc of the Essalieyan universe. I expect it to be roughly the same as the Sun Sword in length. (Well, no, I orig­i­nally thought, it’s just these two books, right? I have endings! Greek Chorus: No, Michelle, try to be real­istic for once. You thought the Sun Sword was two books, too — Broken Crown and Sun Sword.

But I had key endpoints and the first endpoint was at the end of book three.) 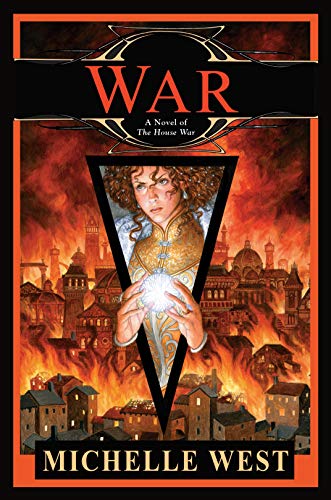 Second: mini State of the Writer for May:

I finished Cast in Wisdom in Australia. I finished a very overdue short piece — which was 49k words when done T_T — on Moth­er’s Day. This was my first visit to Australia where there was not a lot of sun.

(This is not a bad thing for me, I hasten to add.)

I am going back to work on the Severn novel, because it has a dead­line and I would like not to be pulling all my hair out while attempting to meet it.

I am going back to work on the first Burning Crown novel; I have about as many words of each book written.

No, neither of these has actual titles yet T_T.

None of this is why you’re actu­ally here, though.

It’s one month before pub date for WAR, so it’s time for the preview chapter of War. It’s here.