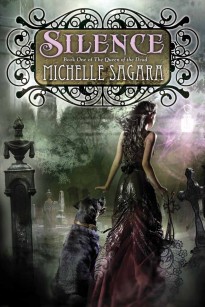 Emma?” Merrick said. He held out a hand.

Emma stared at it, as if she couldn’t quite remember what to do. Shaking her head, she grimaced. She held out her hand in turn, and he grasped it firmly in his.

His hand was cold. Not like ice, but like winter-skin. She started to pull back, which no amount of apology could excuse or convert into good manners, but his hand tightened.

“Oh, Emma,” he said softly. “We’ve only just been intro­duced, and I think we have a lot to say to each other.”

“I — I’m here with friends,” she replied, knowing how lame it would sound even before the words left her mouth.

“Ah. Yes. That could be awkward.” His eyes, the eyes that were somehow lumi­nes­cent, flared in the dark of night sky, becoming what the soul of fire would be, if fire had a soul.

And then the world stopped.

Other books in The Queen of the Dead