I think I missed an August update =/. 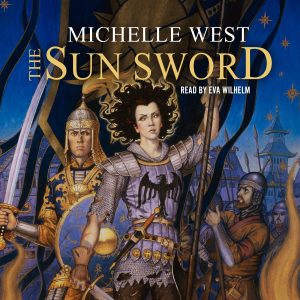 Life has been a bit busier than usual, with the usual blend of good and ugh. Good: My father cele­brated his 88th birthday. We had a private room at a restau­rant, but it’s the first time since February 2020 that I’ve eaten inside any restau­rant whatsoever.

Less good: I devel­oped a retinal tear; it’s been fixed (laser), and yester­day’s followup appoint­ment was all posi­tive – but it took twelve hours for the dilating eyedrops to wear off.

Usual writer variant less good: the Magic School book which I was so looking forward to writing has been eating my lunch, but appar­ently leaving me with All The Calo­ries >.<. I have several chap­ters written but think I have to nuke the latest one. Which is better than serial attempts at Chapter One.

Hunter’s Redoubt, the first book of the final West Arc is 205k words and not finished. Which would be fine if I had at least hit the final arc in the novel, but I haven’t. It’s going well, it just hasn’t hit the tipping point. For these books, “hitting the final arc” can, on the other hand, start at Chapter Four of War. It’s not so much “now I have only 20k words left to write” as a sense that all of the plot threads have gath­ered and now I weave them together as the boulder I’ve been pushing uphill suddenly hits the down­ward slope.

And now for the the audio­book announcement.

Eva Wilhelm finished narrating The Sun Sword in audio, and it’s been making its way into the retailer wild. I have links to the audio­book at several retailers on the book page here, but it’s not yet live at Audible. ACX uploads seem to take a vari­able, but longer, amount of time, and I know a lot of readers do listen at Audible, or through it.

The final three books in The Sun Sword arc have been completed, so all six are avail­able in audio­book now, thanks to my Patreon supporters. A couple of readers have written to ask if Sacred Hunt will be published in audio­book, and the short answer is: not right now. Right now, all Patreon money is going toward the publi­ca­tion of Hunter’s Redoubt, which I intend to have avail­able in audio as well. So possibly in the future, I can return to the two Hunter books.

I hope you all had a good August, and that you’re having a good September. The rest of my month includes a dental checkup and store inven­tory. And writing.