Mike Resnick and me, or Laura Resnick is my sister 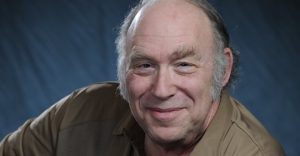 I first “met” Mike Resnick through the long defunct GEnie. I had written a novel. I had, after revi­sions, sold it. I joined SFWA, and because I was a member of SFWA, I was given access to the SFWA RT. A chat room was attached to it, and Mike Resnick was frequently in the chat room.

I spent time in the chat room. Mike Resnick frequently made me laugh. Loudly. He had an almost sibling-like desire to tease, and he did.

I was afraid of meeting real profes­sionals. Why?

Because I don’t always remember how to behave. Because I say what I’m thinking far too often. FAR too often. Because I over-focus some­times and my thoughts become a runaway train and in the end the only thing I am concen­trating on is conveying infor­ma­tion. I forget about tone. I forget about normal social manners. I just think about facts. I was afraid to meet people because I was almost queasily certain I would give or cause offense.

This trans­lated — to those in the RT who had never met me in real life — to “shy”. Michelle is shy.

People who had met me in real life found this hilar­ious. I think one of them was certain I was play-acting. I wasn’t, of course. I was terri­fied. I could stand outside a door that lead to a publisher party and hyperventilate.

Resnick — I called him Resnick, not Mike; I don’t remember why — under­stood that fear. He talked about being nine­teen and terri­fied at his first conven­tion. And I knew that if I went to a conven­tion that Mike Resnick was at, I’d know at least one person. I’d have one friend.

I knew he had a daughter; everyone who met him, even tangen­tially, knew he had a wife – Carol Resnick. He loved her, he was proud of her, and he listened to her, even when she wasn’t speaking. I watched them have a disagree­ment once. It went like this: Mike spoke. He had been asked to go some­where or do some­thing he didn’t want to do. Carol said, “If that’s the way you feel, that’s fine.” There was nothing in her tone to suggest she had an opinion one way or the other; it was entirely up to Mike.

And I watched him continue, watched his words slow, and watched as he finally said, “Fine. We can go if you think it’s that impor­tant.” Only then did she say, “I really think we should, this year, if you can.” That was it.

I know how they first met – he talked about it happily. I know his parents were not happy because he was Jewish and she was Catholic. I’m sure they must have had some conflicts. Every married couple does. But he both adored and respected her. I never ever felt his interest in my writing was somehow prurient. He would never have done that to Carol.

Laura Resnick, his daughter, was also a writer. She wrote romance, to start. She read SFF, but she wrote romance. She had a wicked sense of humor. She could make a humorous anec­dote out of any of her wide and varied experiences.

And Laura under­stood, I think, what I came to under­stand: She needed to forge her own path, stand on her own two feet, be someone who could be successful on her own merits, rather than as her father’s daughter.

What Mike couldn’t do for her – what she wouldn’t let him do – he could do for other writers.

I was one of those writers. Mike Resnick reminded me very much of high school friends’ fathers. Did he have his own way of doing things? Yes. Were they entirely my way of doing things? No. But he shared his own expe­ri­ences, his own publishing knowl­edge, and I listened.

I don’t think I would have ever written a short story if it weren’t for Mike Resnick (my first four novels started life as a short story. I was clearly … not good at that form). He appeared on GEnie one day to ask me if I had a christmas story on file. No, I didn’t.

Marty Green­berg was putting together an anthology of Christmas stories, and he didn’t have enough of them. So Resnick told me to write a story of 5k words by a specific dead­line, and… send it to Marty.

I pointed out that I hadn’t been asked to submit — I absolutely hadn’t — and at that point I was still with Del Rey, but my first novel hadn’t even been published yet. There was no reason that Martin Green­berg would be inter­ested in me; my name carried zero weight. Resnick said, your writing is valu­able. Be a profes­sional and treat it that way. Marty needs stories. Write one. Submit it. Tell him you heard that he was still looking for stories, you’ve got one. Do NOT grovel. Do NOT apologize.

Resnick could be a fire hose.

I leaned on his certainty, having absolutely none of my own. I wrote the story Birth­night and sent it to Marty. Marty bought it. Marty then asked if I had a story that would work for Genie Fantastic, or if I could write one. The Genie story became my first published work of fiction; it came out just before my first novel, Into the Dark Lands.

I would go to any signing that had David Gerrold and Mike Resnick sitting side by side, purely to watch them interact.

I talked with Laura Resnick if we were at the same conven­tion. I talked about her dad, about how he’d helped me, about how he was a force of nature, about his desire to mentor.

I truly believe that if she’d allowed him to mentor her, he would have had far fewer of us; in some ways he gave to us what Laura couldn’t accept. (I think she was totally right, btw. I was not Michelle RESNICK. I was Michelle Sagara. My name and my writing and any success I might have were not going to be tied to Mike Resnick – or cred­ited to him, either. If I had been Michelle Resnick, I would have felt it neces­sary to make exactly the deci­sion Laura did).

Mike Resnick didn’t adopt me because I was female. Many of his writers were men. And I person­ally always felt safe around him. Did he treat me as an equal? Well, no, not really. I was someone in need of what he had to offer. I was like a … a writing-child, to him.

It’s why Laura Resnick is my sister, after all.

Mike was a man of my parent’s gener­a­tion. I will not go into all of the fights teenage me had with my mother or other adults her age; I’d be here all year. I under­stood the shape of Resnick’s concerns, I under­stood his under­standing of social context.

Mike was worried that my kids would eat my life; that I would lose the drive to write, or surrender it. Mike never felt that my only job in life was to raise chil­dren, be a good wife, be only a mother. He knew that that’s what was expected of me — of a wife, a mother — because he grew up in the 50s. I grew up in the 70s. My own expec­ta­tions of myself weren’t my parent’s expec­ta­tions. But I under­stood the place his concern came from.

Was he pushy? Yes. Was he certain of himself and his place? Yes. In public.

Was he caring? Yes. Was he helpful? Yes.

Will I miss him?

11 Responses to Mike Resnick and me, or Laura Resnick is my sister