Thank you. Thank you so much. The Essalieyan Novel Patreon was way more successful than I thought it would be. It was such a big ask. I didn’t want anyone who has read these books all along to feel pres­sured or guilty or oblig­ated. The author deal has always been: I write a book, the publisher publishes the book, readers buy the book. And this was … not that.

Going forward, I’ll do all Patreon stuff on Patreon, so it’ll disap­pear from this web-site except as a link in the sidebar.

But: I get to write the final arc, the final series, in the Essalieyan universe – and I will. I will write the books at the same general speed I’ve always written them, during the same writing time. The gap between War and book one of the new series will be longer than usual because of all the uncer­tainty (and also: the wrong 110k words).

I wasn’t certain I’d be able to write them. I would have tried, but they would have become writing I would have had to do in my free time, for myself, and there would have been much larger gaps between books, because it’s usually the “for myself” things that get put aside in the face of dead­lines and house­hold stress.

Now, I won’t have to struggle to find that free time.

I’ve been given that time, and my commit­ment is to write these books from page one of the first book to the end of the last.

(If you don’t know what this refers to, this is the long story.)

I have seen things on the internet, and I want to address them.

1. I am not angry at DAW. I am not angry at Sheila or Betsy. I seri­ously do not want readers to be angry at DAW on my behalf. We were all doing our best in diffi­cult situ­a­tions, and some­times best isn’t enough. I have an omnibus for Queen of the Dead coming from DAW in December of this year. I want to write books for DAW in future.

At any other publisher, House War would prob­ably have been dropped in the middle. Even so, if it weren’t for the PRH nego­ti­a­tions, the rest of the books would still be with DAW.

I obvi­ously love these books. So does Sheila. I really, really worried that my readers would be angry with DAW about this, which is half the reason I strug­gled with the last post. I can’t tell people how to feel; I can only tell them how I feel and ask them not to be angry for me when I’m not angry.

2. I am going to self-publish in ebook when Hunter’s Redoubt is finished. That was always the intent. If you read ebooks, the book will be avail­able from the usual suspects. Given the Patreon, I’m looking at possible print options as well.

My self-publishing choices will not seem like smart busi­ness choices to many self-publishers. I under­stand that.

If I were starting out now as a new author and I was trying to gain trac­tion and earn money, I would seri­ously consider the Kindle exclu­sive option for Kindle Unlim­ited. But in that case, I would be building a reader base from readers who are, obvi­ously, already on Amazon and Kindle Unlim­ited. Those readers would not be disen­fran­chised by the exclu­sivity choice because… they’re already on Amazon.

I can’t tell those readers: Sorry, I am only going to be avail­able on Amazon. I know all the reasons why that choice is smart for self-publishers who are not in my situ­a­tion. They have different priorities.

But I’m going to do my best to reach the readers who’ve been with these books for so long. There may be bumps or delays – some of this will be totally new to me – but that’s my intent.

I will still blog covers & preview chap­ters. From the blog side of things, nothing will change.

If you only want actual publi­ca­tion noti­fi­ca­tions, I’ll still do those on the pub-only mail list (the link is also in the sidebar).

And finally, for Sagara readers: Thanks so much for your patience as I panicked. Sword and Shadow is with the editor, and I expect it will return to me with edito­rial feed­back (i.e. revi­sions) soon. I haven’t started the next Cast book yet, in part because those revi­sions will be on the desk and in part because of all of the stuff above. I’ll be starting that after I’m done with Sword and Shadow revisions.

This is the preview cover of Sword and Shadow, the second Severn book. I love it.

ETA: The cover, as always, is a combi­na­tion of artist Shane Reben­schied and art director Kath­leen Oudit.
*** 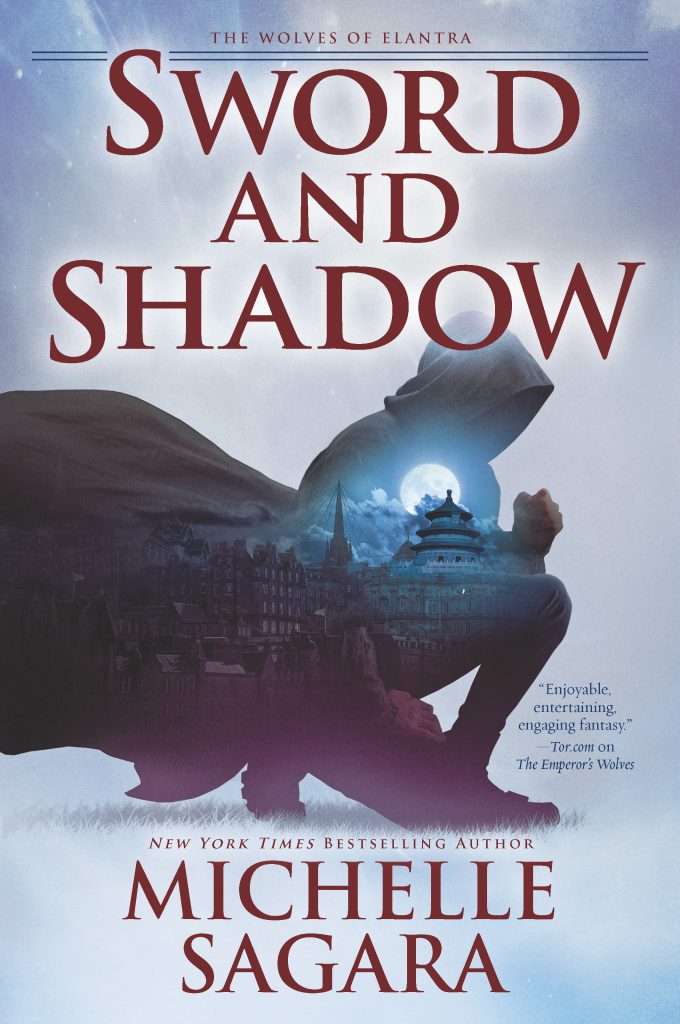