I mentioned in my previous post that I had the full cover for the upcoming Cast in Conflict. I didn’t forget the cover — I did forget that I work at the store on Saturday (it’s curb-side only, but the books don’t get to the curb on their own yet).

But it’s not too late. Here’s the full cover :). (I tend to post the full cover because often the front cover is out in the world before I get copies I can share, so everyone will have seen that already.) 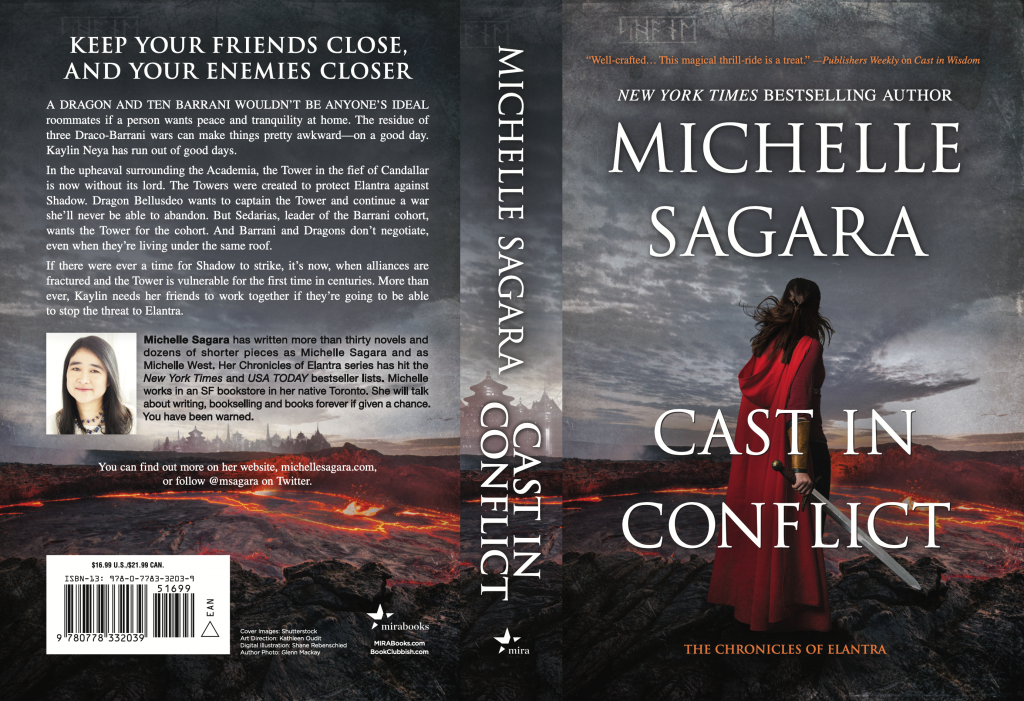 I like it. It’s a very different type treat­ment, and I’m curious to know whether or not people will see and iden­tify it as a Cast novel. The artist is Shane Reben­schied, and the art director, Kath­leen Oudit.

Kath­leen lives in Toronto, as I do, so our various shut­downs, stay-at-home, etc., are of course perfectly synched. She’s been working from home since the start of our covid-19 changes, because it’s not consid­ered safe to work in offices or spaces that are tightly packed with people. My editor has also been working from home the entire time. One of the things that has been limited by neces­sity are new photo-shoots, because those involve people in enclosed spaces. Kath­leen has a not small work­load, and she — like most of the creatives I know — has been stretched a lot thinner by covid-19.

I feel like I just barely managed to get the book written in brain-fog and anxiety, and I’m grateful this year in partic­ular for the work she’s done on this cover.

26 Responses to Cover: Cast in Conflict