Queen of the Dead Omnibus and Sea of Sorrows Audiobook 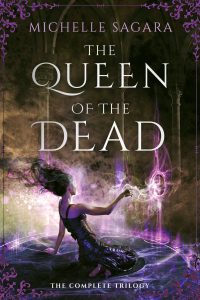 First: The Queen of the Dead omnibus was published on the 7th of December. I missed the date, for which I apol­o­gize. As the title suggests, it’s the omnibus version of the three books about Emma Hall and the after­life: Silence, Touch and Grave.

I admit that while reading page proofs for the omnibus, I cried. I’ve been told it’s a bit heavy, emotion­ally speaking, but if you haven’t read it and are curious, it’s avail­able now.

I have audio­book news as well. Tantor Media picked up the first three books in The Sun Sword but declined to pick up the final three.

As a proof of concept, I asked Eva Wilhelm, the narrator, if she would be willing to read the next book; she said yes. That book is Sea of Sorrows. 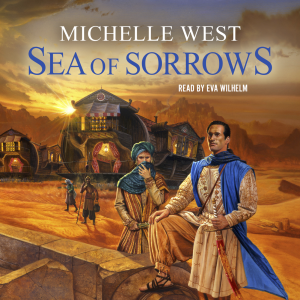 I am self-publishing the audio­book through Find­away Voices, which distrib­utes to the various audio­book vendors; appar­ently, ACX (which is the route to audible​.com) is back­logged, so I’m not sure when the book will turn up there. Libro​.FM doesn’t have it on site yet, but Find­away does distribute there. At the moment, the links that are live are on the book page, and I’ll try to add to it as the book reaches retailers.

If there is an audio retailer that you prefer, could you let me know? I’ll add it in the links section. I don’t actu­ally listen to audio­books — I don’t drive (I never got a license because I live in Toronto which has public transit) — so I am perhaps less aware of these things than I other­wise would be.

The Cast novel on which I’m now working has a title: Cast in Eter­nity. It involved a lot of back and forth, and just in case I haven’t whined about this recently: when you are writing a series of books, try hard not to choose a single word in the title that has to be used for every book, i.e. Cast. T_T.

I have finally found my feet in Hunter’s Redoubt, the next West novel, and I am working on that as well. I have thrown out all the prior words, and now have 80k+ words that I’m almost certain are solid.