Full Cover for Sword and Shadow

Well, the month between the last report and this one has been fraught. Emer­gency copy­edits, emer­gency proof­reading, the loss of brain cells and hair caused by those two, and the usual struggle to get out from under the must-find-only-bad-things given the prox­imity between the two emergencies…

Also, the next Cast book needs a title, so there’s that as well >.<

Not as many actual new words written this past month on anything as I would have liked.

As promised, here is the full Sword and Shadow cover. 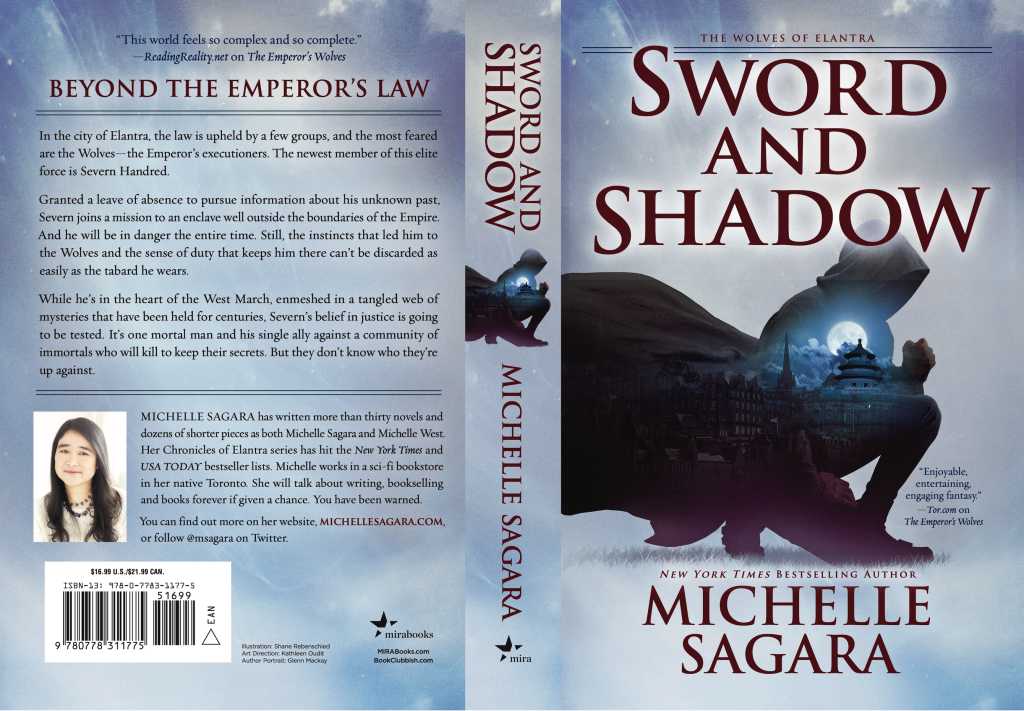 BEYOND THE EMPEROR’S LAW

In the city of Elantra, the law is upheld by a few groups, and the most feared are the Wolves — the Emperor’s execu­tioners. The newest member of this elite force is Severn Handred.
Granted a leave of absence to pursue infor­ma­tion about his unknown past, Severn joins a mission to an enclave well outside the bound­aries of the Empire. And he will be in danger the entire time. Still, the instincts that led him to the Wolves and the sense of duty that keeps him there can’t be discarded as easily as the tabard he wears. While he’s in the heart of the West March, enmeshed in a tangled web of mysteries that have been held for centuries, Severn’s belief in justice is going to be tested. It’s one mortal man and his single ally against a commu­nity of immor­tals who will kill to keep their secrets. But they don’t know who they’re up against.

(Added — thank you so much Peter; I keep forget­ting T_T)

11 Responses to Full Cover for Sword and Shadow